Are Personal Boundaries a Bad Thing? 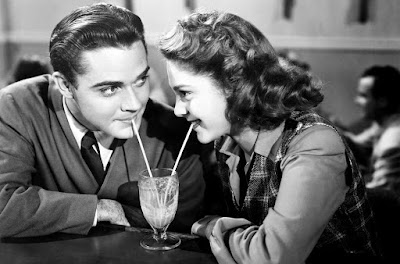 I saw a flash today, regarding our Vice President, who, it seems, has a personal rule that he will not dine out alone with a female colleague. He also will not go to a party involving alcohol without his wife at his side.

There is a lot of uproar over this. I'm actually inclined to side with the "other side" on this one.

My marriage allows for quite a lot of leniency in terms of intimacy with the opposite gender. As an actress, I've often had to engage in romantic scenes with an acting partner. There is also a fair amount of theater intimacy that is built with a fellow actor one shares scenes with. Part of building chemistry onstage is building a relationship offstage, and there is a lot of time spent together in close quarters, either onstage or backstage, and even sometimes quite a lot of scene-related back and forth outside of rehearsal as well.

I'm glad my husband is in theater - so he isn't usually upset by text conversations happening rapid fire after dinner in the evenings, or the mentionitis of your costar's opinions. We both know that it's something that happens in the 4-5 weeks of rehearsals, and then fades once a show is open (and you're just running the show, instead of spending hours rehearsing each scene), and disappears entirely once the show has ended, and you've moved onto the next project. A lot of marriages couldn't take this. My spouse, as a director, is fond of saying "He can rip your shirt off, honey, if it's good for the show. As long as you come home to me afterward." I also trust that, when he's out for drinks with the cast after rehearsal, that women can flirt with him ALL THEY WANT ... he's not cheating on me either, and the man is charming as hell. (The actresses have tried. I've watched them at cast parties.)

There have been times in our marriage where lines have been crossed. Not intentionally. But a moment of over-exuberance early in our marriage did get my husband jealous. And in that moment, I had to decide what to do. So I decided, I will never be alone with that person again. Not because of guilt. Not because anything was happening, or would happen, or I even WANTED it to....but because my husband trusting that I had his feelings first was more important to me than being right. So, quietly, without any fuss, I unfollowed the person on social media. I carefully left rooms if we were ever about to be alone. I was friendly, and casual, but standoff-ish in social settings. And it didn't feel like an anti-feminist, "oh-I-need-my-husband's-permission" thing. I didn't even tell him I'd done it. I just wanted to be above reproach for myself. And it never became awkward.

Because my husband, who reads people brilliantly, said once "It's not what a person says that you have to worry about, it's what they're not saying."

So, since we have a weirdly theatrical union, I overshare when it comes to costars. I want my husband to meet them. I want to meet their spouses if I can, and thank them for letting me hang out with their husbands or boyfriends, and hear about their families. Because it's important to try to keep costar (and I'm assuming co-worker) relationships in the context of their other lives.

So, I don't have a lot of good things to say about our Vice President or his policies, but I feel that I have an admiration for any person who makes firm decisions regarding his own frailties. It's a shame that so many people are questioning his personal morals in a "if he needs those kinds of boundaries, he must be a real sick-o" way. That's unfair. Everyone is human. Everyone has weaknesses. If he knows what his are, either based on his personal moral code, or because of the similarly insular world of politics and political parties, that this is what he needs, so much the better for him. This is an issue for him and his conscience, and between him and his wife.

We should, regardless of politics, applaud a person who can take steps to keep themselves away from their own personal failings. 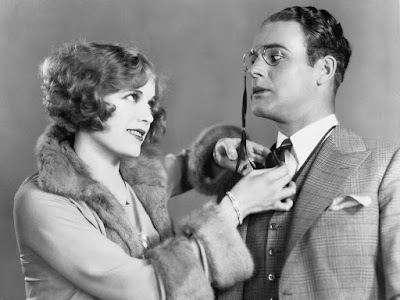