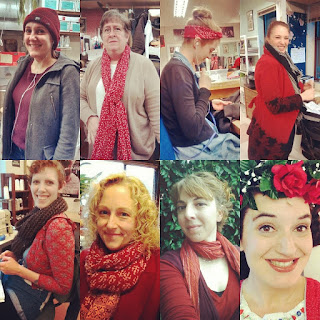 I had a message from my Father that morning, wanting to know if it was just for women, or if a heterosexual man was supposed to be/not supposed to be participating. I told him that the day was for everyone - whether you are a woman, or just know one... (he has three daughters, so I think a red shirt wouldn't be out of line)...as a day to celebrate women, acknowledge us as equal partners in society, and recognize just how far things have come, and how far things still need to go to reach equality.

1. Women earn 78 cents for every dollar a man makes.
2. Only 17% of the seats in Congress are held by women.
3. One out of every four women will experience domestic violence in her lifetime.
4. One out of every six women will be sexually assaulted and/or raped in her lifetime.
5. Although 48% of law school graduates and 45% of law firm associates are female, women make up only 22% of federal-level and 26% of state-level judgeships.
6. Even in the 10 top paying jobs for women, females earn less than men; only one career— speech pathology—pays the same regardless of gender.
7. It's not any better at the top. America's top female CEOs earn, on average, 33 cents for every dollar earned by a male CEO.
8. There's nothing in the U.S. Constitution that guarantees women the same rights as a man. Despite attempts to add an Equal Rights Amendment, there is no guarantee of equal rights for women in any legal document or any piece of legislation.
9. Despite previous attempts to ratify a UN treaty guaranteeing the elimination of all forms of discrimination against women, the U.S. refuses to support an international bill of rights for women signed by nearly every other nation on the planet.
10. The World Economic Forum's 2009 report on the Global Gender Gap ranked 134 countries for gender parity. The U.S. didn't even make the top 10—it came in at number 31.

It was a great day to be in a costume shop working with a team of women. Historically, theatrical costume shops have been the largest group of women in theater in a single department - almost all of the management positions, and technical jobs are held by men. Onstage, men's roles still outrank women's roles by 2:1. Most of the women's roles in theater wouldn't pass the Bechdel Test. I have found that women working in costume shops are some of the most articulate, well-read, passionate, crafty, DIY-y, informed, and literate women I have ever had the pleasure of being around. Since our hands stay busy, but the active troubleshooting comes in fits and starts as the work progresses, there is plenty of time in the day to discuss current events, social issues, the latest books and films, thoughts on productions, the latest new crafty skill, techniques of the trade, classes we're taking....I'm inspired daily. Recently, as the theatre community begins planning for next season, with a hiatus looming, the stitchers were discussing volunteer opportunities during the layoff.

I've been reluctant, in the past, to call myself a feminist. Not because, as it turns out, that I wasn't ... but because the word has been used, even in this day and age, to imply things about women who would call themselves that....in the same way that Suffragette was used 100 years ago, as women (well, white women at least - the POC point of view on the Suffragette movement is fascinating) fought for civil liberties. 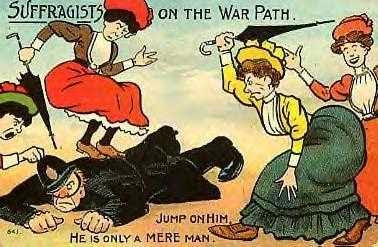 Feminism is for everyone. Men can be feminists, too. Our society is better when every member of it is actively fighting for each person in turn. The current political situation has more people aware of more issues, and there are people to support, rallies to attend, congress people to call on a daily basis. Now is not the time to sit back. It is the time to notice the injustices around us, and speak out. 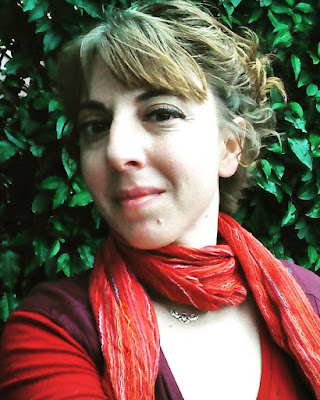 Posted by Rachel LeAnn at 6:56 AM No comments: