Our last day in California began cloudy and dripping. Alan and I were unable to connect to the internet at the hotel, so we begged the front desk clerk to tell us where the nearest Starbucks was. We found one, and discovered that the park had moved to post-holiday hours and wasn't open yet. Alan wanted to go storm the gates, but I vetoed - reminding him of how much fun we'd had outdoors in the rain at Disneyland. So I got to sit for a few minutes happily muching on Vanilla Bean Scones and a latte.

We arrived a tad early at the park, bought an umbrelly on the way in, and waited to enter. Once the gates opened, we beelined to the Universal Tram Tour. It was a really great tour! They've built or left up working special effects sets and backlots. It is a much bigger studio than Warner Brothers, but the tram tour is less intimate - with huge four-car trams and no chance to get out and take pictures. The King Kong 3-D ride was AMAZING, but Jaws was out for repair, and the exploding bridge malfunctioned. 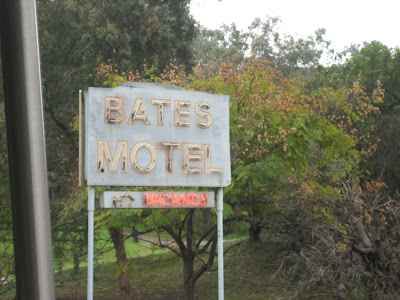 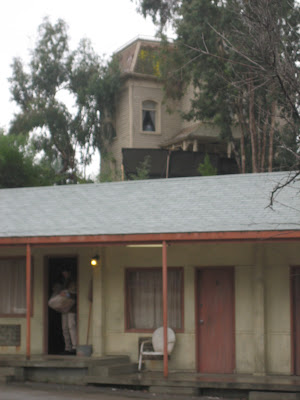 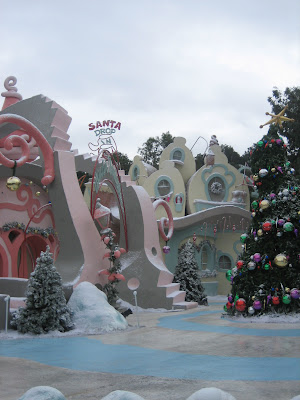 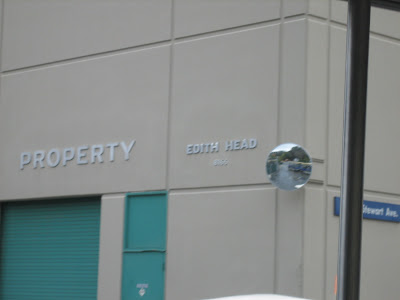 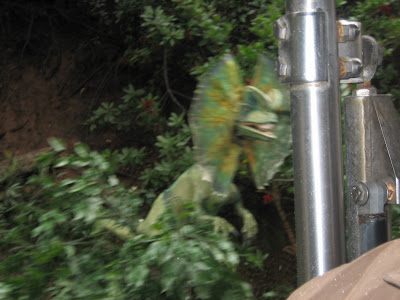 We went on the Simpson's Ride, which Alan loved, but made me sick. Blech. We ran down to the lower portion of the park and went on the Mummy ride, which is similar to Indiana Jones at Disneyland, but not nearly as cool. We ate lunch beneath Jurassic Park, went to the little Movie History Museum, and then went on the Jurassic Park Ride when the sun peeked out. That one is fun! I waited three hours in line for it last time I was at Universal. It wasn't worth it then, but this time we walked right on.

We went back up to the main section with only a few hours to spare before we had to leave for the airport. We went on the Shrek 3-D experience together, then divided and conquered. Alan went to the Horror Movie walk through and the Terminater 3-D Ride. I went to the live trained animal show. Then we met in a little Irish Pub for a drink. We dashed around taking pictures in "Europe," went into a few gift shops, and decided we'd had enough and should head home. 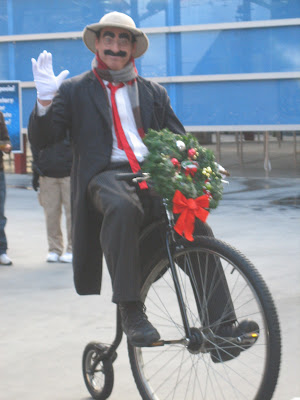 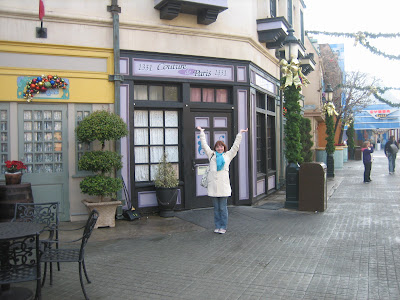 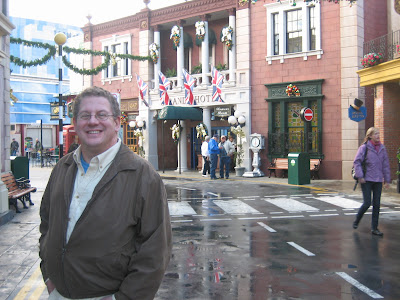 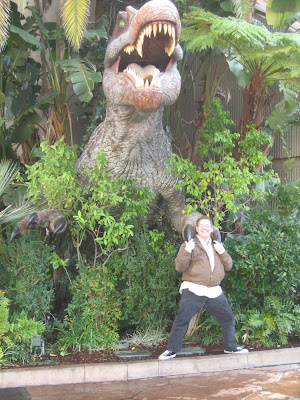 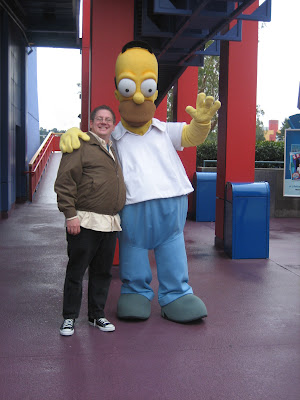 We had a lovely honeymoon. It was sad to leave such a nice vacation and hit the ground running the next day. We're already read for the next one!

Posted by Rachel LeAnn at 8:47 AM No comments: